Despite gains, Dropbox is laying off 11% of its staff: The change to remote work may be to blame 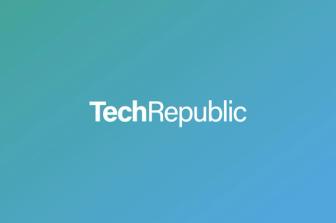 Dropbox added over a million new customers then cut staff. Companies may be re-evaluating their office management strategy.

When Dropbox announced on Jan. 13 it was laying off 315 people even though Q3 revenues and operating income were showing healthy growth , it seemed oxymoronic: Don’t more revenues mean the company would need to add personnel? It also raised the question of whether or not other organizations whose employees were still working from home would soon follow suit, laying off staff even as their top and bottom lines improved.

Another indicator of a potential trend: The Dropbox layoffs happened shortly after the company moved to make its work-from-home policies permanent. The company announced in November 2020 it was becoming a “virtual first” company, stating in a blog post, “[r]emote work (outside an office) will be the primary experience for all employees and the day-to-day default for individual work.”

Dropbox did a “fantastic job of keeping everyone on” as the pandemic was unfolding, said Job.com co-founder Arran Stewart. “They didn’t have to do that.”

Now that the new, work-from-home normal has set in and the economic situation in the US has stabilized somewhat, keeping people employed whose jobs may no longer be needed is harder to justify, Stewart said.

“That’s an awful lot of mouths to be feeding if it doesn’t make sense anymore,” he said. “If you’re not in the office, what do you need office managers for?”

Because Dropbox did not release the types of positions that were being eliminated, it’s hard to draw any firm conclusions about its reasoning. But, with so many employees no longer coming to an office to work, Stewart said, it’s likely that many of those being let go were in support positions such as office managers and assistants. Over the years, many tech companies have hired support staff to provide perks such as massages, daycare, and luxury cafeterias that serve food comparable to high-end restaurants.

Dropbox did not reply to multiple requests for comment regarding the layoffs.

While it’s hard to know for sure if work-from-home arraignments will lead to organizations needing fewer employees overall, there are a lot of financial reasons for organizations to make working from home the way of doing business going forward: Reduced real estate footprint means less overhead (office furniture, phones, lighting, heating/cooling, electricity, etc.) to pay for; lower insurance costs; perhaps a reduction in worker’s compensation expenses; fewer onsite perks to pay for; and fewer operations and facilities personnel, to name a few of the ways organizations can save money by reducing their office footprint, Stewart said.

So far, work-from-home arrangements have not translated in other companies instituting layoffs, said Brie Reynolds, career development manager at FlexJobs and Remote.co.

“We haven’t seen other companies following in a similar path as Dropbox yet,” she said. “And as we understand it, there were also larger internal structural issues at play that necessitated Dropbox’s decision. However, there’s no question that the pandemic has shifted remote work for the long term.”

As companies continue to adjust to the new, work-from-home normal, many of them are re-evaluating the 9-to-5 culture that has dominated office work for generations. According to Glassdoor’s Workplace Trends 2021 report, the hybrid model, where employees split their days between home and office, is the one most organizations are likely to adopt going forward.

“This year has seen a previously unimaginable boom in remote work with more than four in 10 US workers doing their jobs full time from home as of June 2020,” the report said. “However, the lessons learned in 2020 about the value of ﬂexibility and working from home will forever change companies' openness to hybrid office environments. In 2021 we expect workers splitting time between home and the office to be a more common workplace policy.”

In what could be a signal of more layoffs to come, however, a January PwC study, US Remote Work Survey, said that in the coming 12 months, “87% of surveyed executives expect to make changes to their real estate strategy, with many planning more than one change. Six in ten expect to consolidate office space into at least one premier business district location, and a similar number say they expect to open more locations.”

PwC also found that even though most executives still believe people working together in an office setting is key to maintaining productivity and company culture, 68% said three in-office days per week is enough to meet these goals. Just over half of employees feel the same way, however.

“Employers may be in for a surprise,” the study said. “While employees do show interest in a range of scheduling options for the workweek, they have also been consistent throughout the year in that they expect more remote work in the future.”

“COVID-19 has effectively forced many organizations to experiment radically with how work is done,” KPMG said. “For many organizations, virtual working kicked in literally overnight. With the pandemic transforming the world of work, 77 percent of CEOs say they will continue to build on their current use of digital collaboration and communication tools, and 73 percent believe that remote working has actually widened their available talent pool.”

While these insights are interesting and definitely point to a hybrid work future becoming the norm, the idea of less office space equating to fewer office workers overall is still up for grabs. A strong signal this may not be the case is remote hiring is up year-over-year, according to FlexJobs.

“The remote job listings posted to FlexJobs actually increased every month in 2020 over 2019, including during the early pandemic chaos of March and April,” Reynolds said. “And 2021 looks like it’s off to a very strong start in terms of remote work opportunities as well.”